The Fear of Islam

An Introduction to Islamophobia in the West 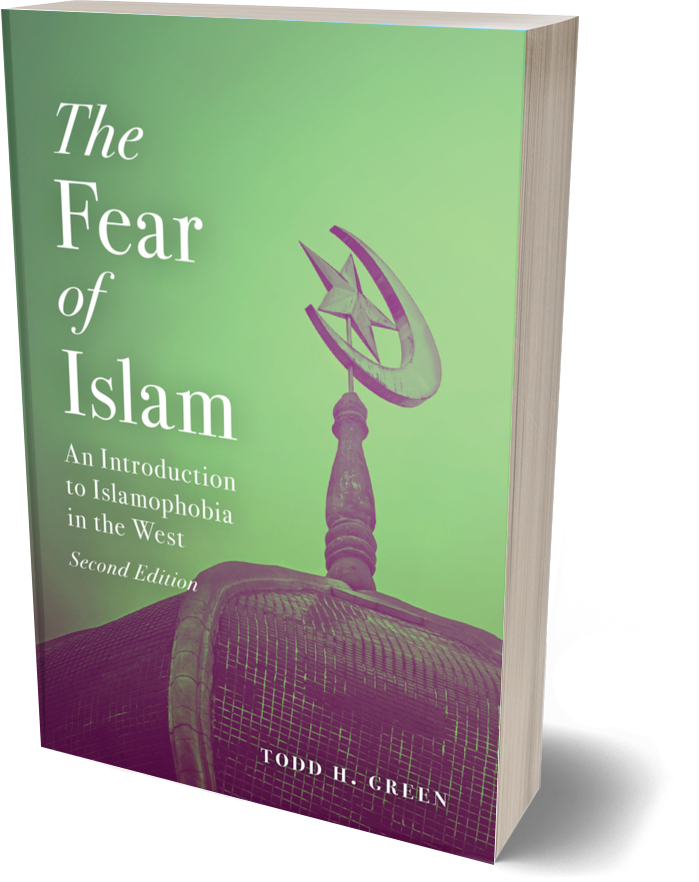 American and European societies, particular in the long wake of the events of 9/11 and the bombings in Madrid and London, have struggled with the recurrent problem of Islamophobia, which continues to manifest in waves of controversial legislative proposals, public anger over the construction of religious edifices, and even outbreaks of violence. The ongoing conflict between Israel and Palestine contributes fuel to the aggressive debate in Western society and creates the need for measured discussion about religion, fear, prejudice, otherness, and residual colonialist attitudes.

The Fear of Islam speaks into this context, offering a sophisticated but concise introduction to the historical roots and contemporary forms of religious anxiety regarding Islam within the Western world. Tracing the medieval legacy of religious polemics and violence, Todd Green weaves together a narrative that orients the reader to the complex history and issues that originate from this legacy, continuing through to the early and late modern colonial enterprises, the theories of “Orientalism,” and the production of religious discourses of alterity and the clash of civilizations that proliferated in the era of 9/11 and the war on terror.

From The Fear of Islam:

This book is not an attempt to dismiss legitimate criticisms of Muslims. I recognize that for those most skeptical of the study of Islamophobia, such an enterprise comes across as a blatant attempt to ignore all of the problems that exist in Muslim communities inside and outside the West. Islamophobia skeptics often ask the same questions to make their point: Aren’t many of the people committing violence in the name of religion Muslims? Don’t women in many Muslim-majority countries have restricted freedoms and rights? Isn’t it true that many Muslims hold anti-Western or anti-American sentiments? And if the answer to all of these questions is yes, then doesn’t it seem like a fear of Islam is more than justified?

These questions sound so simple and are often asked rhetorically. The answer to each question is supposed to be an obvious yes. But when we dig beneath the rhetorical questions and wrestle with the underlying issues, we quickly discover that there are more profound questions we must ask, questions that require considerable self- examination from the non-Muslim majority in the West.

To take one example—the issue of violence: Why do a small minority of Muslims commit violence against civilians in the name of Islam? Why are their efforts increasingly aimed at the West, and why now? If the Qur’an or something inherent to Islam supposedly makes them commit this violence, why aren’t the majority of Muslims following suit? What do we make of the fact that the overwhelming majority of the victims of Muslim terrorism are other Muslims? And is it possible that the roots of what is called “Islamic terrorism” are found in historical and political conditions that include European colonialism and Western intervention in Middle Eastern countries and governments?

Conversely, why are Muslims constructed as violent whereas Western governments that carry out extensive military actions in Muslim-majority countries are considered peaceful? Why is the killing of innocent Muslims by US drone attacks in Pakistan not an act of terrorism, but the killing of innocent Americans by Muslim extremists is? What does the United States’ history of supporting regimes that practice torture, from pre-revolutionary Iran to Jorge Videla’s Argentina in the late 1970s to Egypt’s current military dictatorship, say about its commitment to peace and human dignity? What does the United States’ own practice of torture in the War on Terror, a practice supported by a majority of white Christian Americans, say about its dedication to human rights?

When we wrestle with these types of questions, the answers become more complex and easy assumptions about “violent” Muslims versus the “peaceful” West dissipate quickly. However, wrestling with these questions does not prevent us from criticizing or condemning the violence carried out by some Muslim extremist groups. We can analyze the problem of Islamophobia and critique Muslim individuals or groups when appropriate.

Praise for The Fear of Islam

The Fear of Islam is an incredibly comprehensive survey of Islamophobia, tracing how the West has regarded Islam from its inception in the sixth century to medieval writings, the European enlightenment, colonialism, the war on terror, and the present moment. In addition to offering important historical context and breadth, this book provides an accessible snapshot of scholarship on Islamophobia today. Covering both the United States and Europe, Todd H. Green shows how Islamophobia has long been motivated by struggles over power. Policy makers and media professionals would also benefit from reading it. It should be required reading at high schools and universities.

In many ways, the irrational fear and hatred of Muslims has become the fulcrum of US national politics. Todd H. Green is among our most perceptive guides to where this hysteria comes from, how it articulates our shameful history of racism, and how it works to degrade American values.

This is an outstanding presentation of the history and current state of Islamophobia. Todd Green draws upon reliable studies supplemented by original research to demonstrate how perceptions of Muslims are shaped and distorted, leading to prejudice and fear. Highly recommended for reporters, teachers, and policy makers.

Todd Green has written a compelling and important book. The future of the West rises and falls on its ability to welcome the contributions of its most diverse elements. Thus, Islamophobia doesn’t just hurt Muslims, it weakens Western civilization. Professor Green’s book helps us understand the problem and generate creative solutions.

Dr Green’s study is a veritable guidebook to Islamophobia, taking a sophisticated, yet accessible approach to analyzing and explaining this toxic phenomenon.

Tragically, the ongoing conflicts in many areas of the world seem likely to continue to generate more reports of violence and to reinforce negative attitudes toward Muslims and Islam. Amid this challenge, Green offers a helpful, wide-ranging analysis of major developments together with thoughtful proposals for transforming attitudes and behaviors.

Todd Green has written an excellent book on the problem of Islamophobia. Required reading for anyone interested in the subject. This is a great text for college instructors as well as those involved in inter religious dialogue. Would be a great choice for organizations working with Muslim communities who feel under under duress.

This book is an excellent choice for course adoption. The topic is treated in an unbiased manner, summarizes key points in a clear way, and provides useful references for further study.

While a variety of texts have analyzed particular manifestations of Islamophobia…[until now] no one has brought the historical background of Islamophobia’s development in the West, its contemporary transformation, and consequences together in such a useful analysis.

This is an extremely important new book. Muslims and Christians together make up well over half of the world’s population. Without peace and justice between these two religious communities, there can be no meaningful peace in the world. Our future depends on finding a different way of relating. To this end, the author summarizes encyclopedic information, interprets it clearly, and provides insights that point to a new direction.

Exceptionally well written, organized and presented, The Fear of Islam: An Introduction to Islamopliobia in the West is as informed and informative as it is thoughtful and thought-provoking. 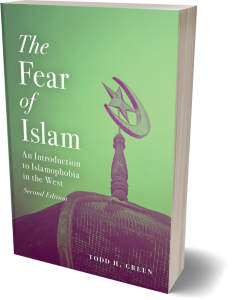